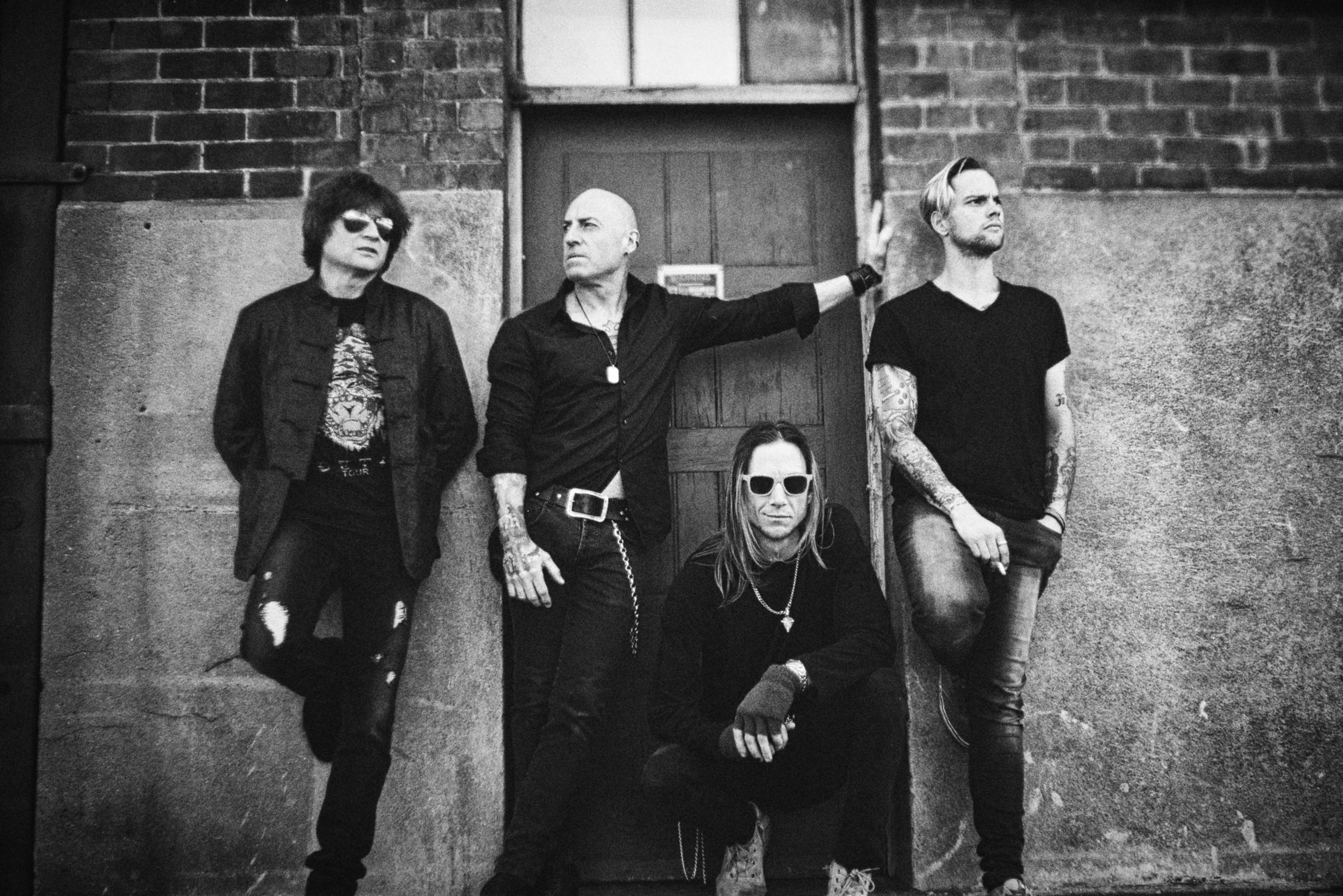 There's an irrepressible spirit that is present in every decade of hard rock. Tenacious and uncompromising, it lives or dies on its ability to slay a live audience -- boasting a lethal combination of razor sharp musicianship and blisteringly catchy anthems. Every instrument is as big as it possibly could be, with a lead vocalist that is larger than life. From the very first listen to their debut album, it is abundantly clear that Adelaide four-piece Audio Reign are the embodiment of this spirit.

Following on from their breakthrough single Find Your Way, Audio Reign released their first full-length album to Australia which offered a proper taste of what they are capable of: a monster storm of huge, driving guitars, soaring melodic vocals and an unstoppable rhythm section. Recorded, mixed and mastered by Jarred Nettle, the album delivered a flurrying combination of writing, performance and production – capturing epic hooks and supercharging them with the ferocity of the band's live sound. From their heaviest song to their most ethereal, Audio Reign wield an immense level of energy.

This energy has been instrumental in the rise of Audio Reign and securing the band many  memorable shows and festivals including supporting some of the world’s biggest acts like Skillet and Pop Evil.

In 2020, Audio Reign were asked to support Kip Winger in Australia which saw the band perform an intimate stripped back acoustic show which was an absolute treat for both Audio Reign and Winger fans alike.

This performance alone captured the attention of MR Records and saw a partnership forge between band and label.

Audio Reign’s first official release with MR Records was the 2021 single ‘Relentless’. A song about overcoming the devastation of the music industry during the pandemic and a statement; the pledge of the band to never give up, to always have a bullet in the chamber, to be Relentless. This release was complimented with a very current and topical music video that was nominated for several international awards.

Although Audio Reigns’ self-titled debut album release was well received in Australia, MR Records believed this album was a powerhouse and deserved world recognition. As such, the album has been completely redesigned and repackaged as an ‘International Deluxe Edition’ with some brand-new bonus tracks for world release 2022.

The album already boasts some explosive singles like ‘Betrayal’, a hard rock tour de force. Hard-hitting and relentless, it sets a musical and lyrical tone that is abundant throughout the album: raw emotion and undiluted power. Vivisecting an act of treachery, the song casts a stark light on a shadowy deception, delivered by the unmistakable voice of frontman/guitarist Jake Fleming. Driving his vocals like a battering ram; the irreplaceable legion of Alek Dyrynda (lead guitar), Ash Lovett (bass) and Dieter Schoell (drums).

The release of Audio Reigns ‘International Deluxe Edition’ sees a brand-new single emerge into the light. ‘Angel’ is a truly authentic hard rock ballad which begs an answer to a declaration of love. This heartfelt offering once again harnesses the raw emotion of the band and delivers the dynamics and spine-tingling heights that you would expect from such a song. Although the ‘International Deluxe Edition’ will release a radio edit of ‘Angel', the band are currently working on another album which will contain the full album version.

Seasoned performers since forming in 2011, this line-up is adept and versatile – able to switch from high octane tracks like Betrayal to intense slow-burners like the emotionally-charged Senses.
With an incredible live show, a loyal and growing fanbase, and a repertoire of their most electrifying material to date, there is so much potential  coursing through Audio Reign that their future could very well be to preside at the top echelon of Australian rock. That journey, long and arduous as it may be, starts right here with one of the best hard rock debut albums of the year.